Your cart is empty.
View Latest
Product is not available in this quantity.
July 27, 2021

Environmental Issues You Should Know About in 2021 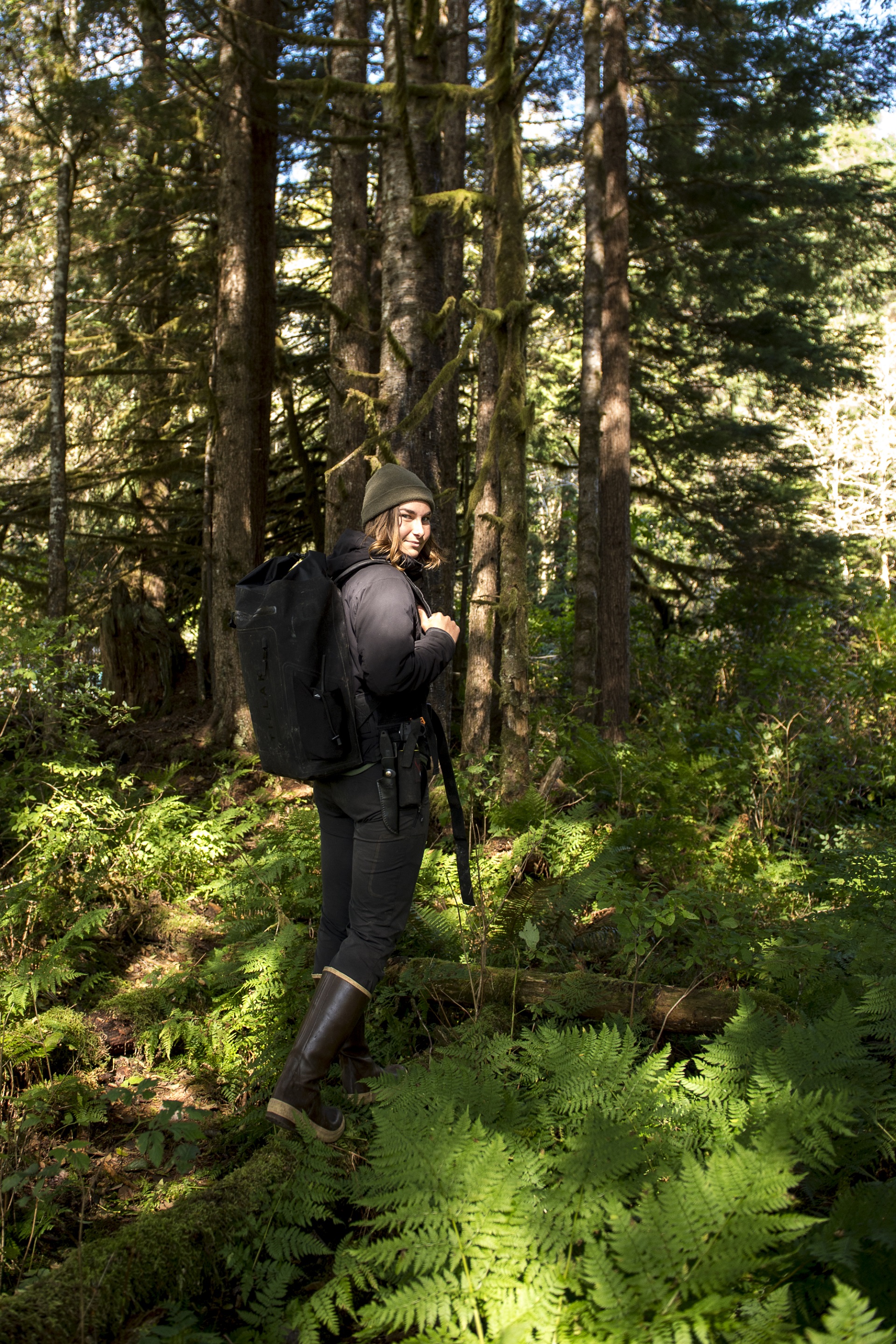 Global environmental issues are frequently in the news and sometimes there seems to be so many that you feel like you have lost track of what is happening to our Earth. However, there are some environmental issues, examples including climate change and overfishing, that you really need to know about and there are things that we can all do to help.

What Can You Do to Solve Global Environmental Issues?

There are many things you can do to solve global environmental issues, including donating directly to charities and organizations who help fight climate change or donating indirectly via organizations like Untamed Photographer, a non-profit which sells wildlife prints for environmental charities.

Current Environmental Issues You Should Know About:

Here is a list of some of the most important current environmental issues today:

Climate change or global warming is the largest of the global environmental issues we are facing. We are seeing more and more often the effects of climate change—heat waves in the Western US, devastating forest fires in California and Australia, yearly hurricanes and storms. These weather events have devastating effects on human populations, from loss of life to the destruction of entire communities.

What affects humans also affects animals. For example, more than 60,000 koalas were killed or hurt in the 2020 Australian bushfires. Global warming is wreaking havoc on the world’s ecosystems. It is changing or destroying many habitats, from melting ice caps that are pushing polar bears further onto land to coral reefs that are unable to survive increasing sea temperatures.

What can you do to help fight climate change? You can petition your representatives to support green initiatives, as well as boycotting companies that are contributing to climate change. You can also support an organization that is doing work to mitigate climate change, for example, by buying merchandise from Untamed Photographer, who sell prints like “Thin Blue Line”, which depicts a coral reef.

Excessive human development and urbanization is one of our most current environmental issues. Excessive development, human structures and urban sprawl, lead to pollution and habitat loss for animals, as areas that they were previously living in are now built up. For example, damming can lead to loss of migration routes for migratory fish, and human encroachment in the territory of animals like bears or jaguars can lead to human-wildlife conflicts.

If you want to help mitigate the effects of these environmental issues, you can lobby against ecologically unfriendly developments in your area and raise awareness for good urban planning. You can also donate to a cause like Raincoast Conservation Foundation, which supports initiatives like protecting wild salmon habitats. Or Belize Wildlife and Referral Clinic which helps people to avoid human-wildlife conflicts by teaching people about living with wildlife. It is worth also noting that many indigenous peoples are trying to avoid problems with human development and that you can support their efforts by donating to organizations like the qQs Projects Society.

The environmental impact of mining is immense, so that mining for minerals or coal has become one of the biggest environmental issues today, since demand for materials like cadmium and nickel has skyrocketed due to their use in electronics such as mobile phones, computers and electric cars. A lot of mining is done under conditions in which the human rights of the workers are given no consideration whatsoever, which is enough of a reason to be concerned, without the added ecological cost.

Mining usually requires the destruction of a habitat in order to create the mine, but that is not the only reason it is one of our environmental issues. Excessive quantities of minerals are released into the water from mining, which poisons both plant and animal life as well as drinking water. (In the US alone, mining has polluted 12,000 miles of rivers on public land). Mining particularly affects animals native to a particular region who may not be able to survive in other habitats, increasing the likelihood of certain species’ extinction.

Deforestation for farming or urban development is one of our major environmental issues today. Fueled by demand for certain crops, wood and extra space, deforestation is very bad for climate change, the greatest of the global environmental issues, especially in regions previously covered in forest such as the Amazon, as it deprives the Earth of large swathes of forest that naturally acts as a carbon sink. Deforestation is also very bad for animals, as rainforests and forests have some of the highest biodiversity on the planet.

Deforestation causes habitat loss, which leads to conflict with humans and often threatens species with extinction. There are several things you can do to stop deforestation. If you can, do not buy products that contribute to deforestation, such as ones containing unsustainable palm oil or soy. You can also donate to a charity which works to prevent deforestation, such as Onçafari, an organization that helps locals run ecotourism tours as an alternative to logging, saving animals like the jaguar from extinction.  Another great charity doing work related to deforestation is Path of the Panther, which is trying to protect the Florida Wildlife Corridor which the Florida Panther needs to survive.

Pollution is one of those environmental issues that profoundly affect our lives. While air pollution has been a problem in the West since the Industrial Revolution, the current reliance on coal and petrol and diesel powered vehicles, with very few alternatives, has led to unprecedented levels of pollution. Air pollution causes 100,000 deaths a year in the US and has led to increased rates of respiratory illness such as asthma.

Water pollution is also among global environmental issues, the ability to access fresh water being also a major human rights issue. Water pollution in the sea affects marine mammals such as whales and penguins, including many endangered species. To help animals affected by pollution, donate to a charity like Nakawe Project (who have a We Are All Mammals initiative). Or buy a print from Untamed Photographer such as “Shades and Elements” (of a humpback whale), or “Tobogganing” (of gentoo penguins).

Overfishing is one of several global environmental issues that is destroying our marine ecosystems. It is very easy to over-fish with modern fishing methods and industrial fishing boats and preventative measures do not go far enough. Fishing beyond the point of sustainability drastically alters an ecosystem, as it can effectively remove certain species from the food chain. This is a particular issue with large predators, such as sharks and many large fish species. Commercial fishing has already led to the disappearance of 90% of big fish from the world’s oceans, a situation which, if left unchecked, will lead to complete collapse of marine ecosystems.

This is one of the most pressing environmental issues today, but what can you do to prevent it? You can lobby for more marine reserves, which are a great way of protecting marine biodiversity. (For example, Greenpeace believes that 30% of the world's oceans should be made into marine reserves). Another way to take action is not buying fish from unsustainable sources, which you can do by consulting Oceana’s Sustainable Seafood Guide.

You can also donate to an organization like Raincoast Conservation Foundation (which does work on salmon fisheries management) and MarAlliance (which runs education programmes around sustainable fishing practises as well answering questions such as “Should we stop eating fish?”), either directly or by buying art from Untamed Photographer, such as this “Misunderstood Predators” print or this “Majestic Manta” print.

8 million tonnes of plastic ends up in our oceans every year, making marine debris one of the most important current environmental issues. Marine debris contributes to The Great Pacific Garbage Patch and is swallowed by or entangles marine life such as turtles or whales.

Marine trash, fortunately, is one of those environmental issues we can all do something about. You can make sure to always put your rubbish in the bin and recycle, organize or participate in beach clean-ups and to not buy single use plastic.

There are many organizations working against the effects of marine debris that you can donate to, such as Nakawe Project, which raises awareness about issues that affect marine mammals, such as entanglement. It is also possible to donate to Nakawe Project by buying a print (like “Dune Dance” of bottlenose dolphins) from Untamed Photographer.

While hunting is sometimes important to control numbers, the importance of hunting for this purpose has been greatly exaggerated and it has become another of our global environmental issues. Many species, such as wolves, rhinos and big cats, are at risk from recreational and big game hunting, as well as subsistence hunting caused by economic factors. Poaching is also a big issue, especially for products like ivory and the pet trade.

To prevent hunting and poaching, you can donate to or take action with charities like Friends for Conservation and Development Belize, which specialises in wildlife protection, or Project Coyote and Raincoast Conservation Foundation which are trying to stop wolf hunting in the US. You can also support these charities by buying photos from Untamed Photographer, like “Chiquibul Macaws at Dawn”, “Isle of the Wolf” or “The Matriarch”.

Beyond The Lens: Interview with Untamed Photographer's Tony Rath