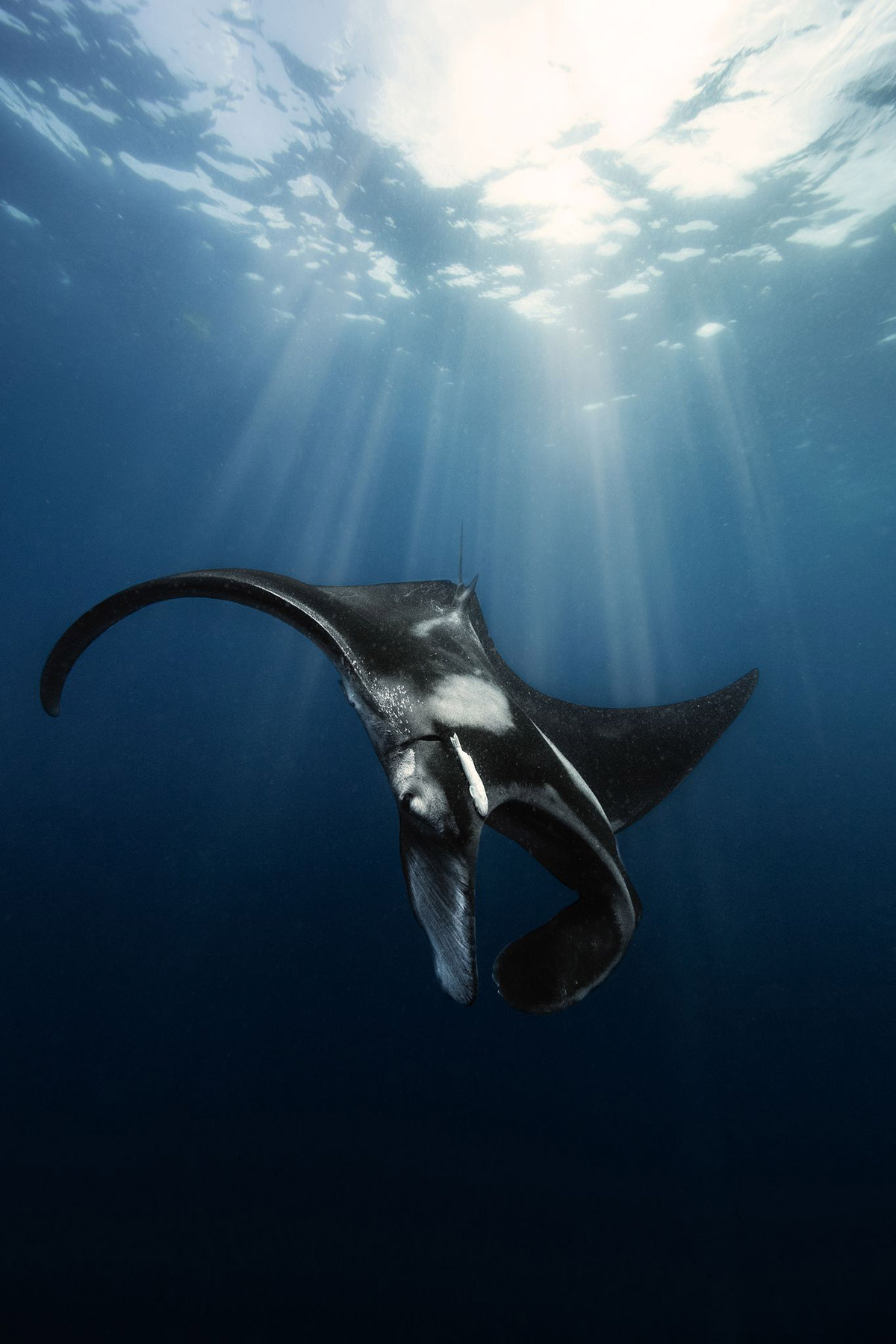 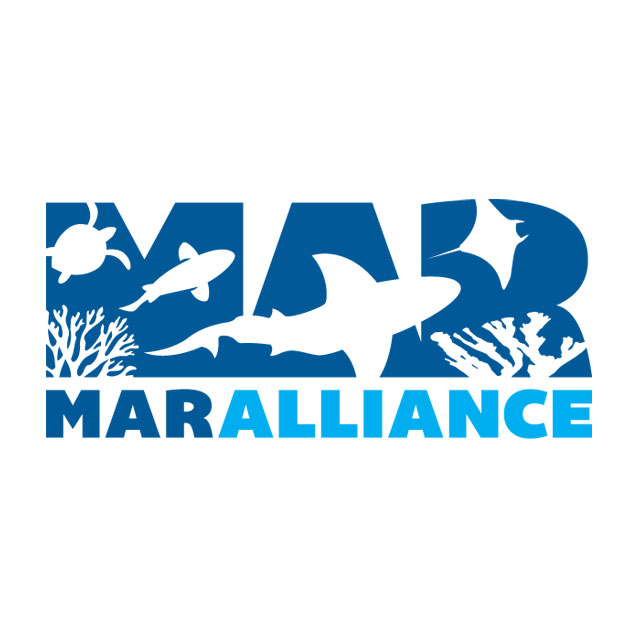 I’ve spent hundreds of hours filming and photographing in our oceans, and every once in a while something truly unexpected happens. In 2019, I was filming whale sharks near Isla Mujeres Mexico for National Geographic’s first ever live VR shark experience. In this particular area, hundreds of millions of eggs from the fish known as the Little Tunny are released into the food chain, attracting whale sharks throughout the Gulf of Mexico and Caribbean Sea. This spawning alone is responsible for the world’s largest whale shark aggregation which was scientifically discovered only a decade before in 2009.

We had four days to film for our VR project and for the most part everything went smoothly. At the end of the 3rd day I felt that we had more than enough footage of whale sharks, so I decided to spend the fourth day taking photos for the project. As we were heading out we saw a large back to back splash near the horizon, and as we got closer our boat captain yelled out “We got mantas!” We quickly entered the water and realized this wasn’t just one or two rays passing by, there was what seemed like hundreds of rays having a feeding frenzy. Some were flying out of the water making large splashes on the surface, while others were doing repeated backflips underwater as they were consuming as many eggs as possible.

It was, to this day, one of the most memorable experiences I’ve ever had, at least partially because it was completely unexpected. When you have these massive creatures, three meters wide, potentially hundreds of them, you’re in the water with them and they are literally everywhere, it is completely unbelievable, but true.  We were free diving and could barely catch our breath.  We would dive down and have an interaction that was incredible, and then resurface to breathe; we did this for four hours!  It was unreal.

I still can’t fathom that this location holds one of the greatest and largest wildlife spectacles in our oceans. And it is right outside of one of Mexico’s largest tourist destinations, yet it was only recently realized. To me this raises the question, what else is there on our planet that has yet to be discovered?

My most memorable photo from the trip, that best shows how graceful, beautiful, and majestic our unexpected visitors are, is this one. I hope when someone sees this photo it makes them want to experience this wildlife hotspot in person and inspires them to make the trip to Isla Mujeres to see these majestic creatures. 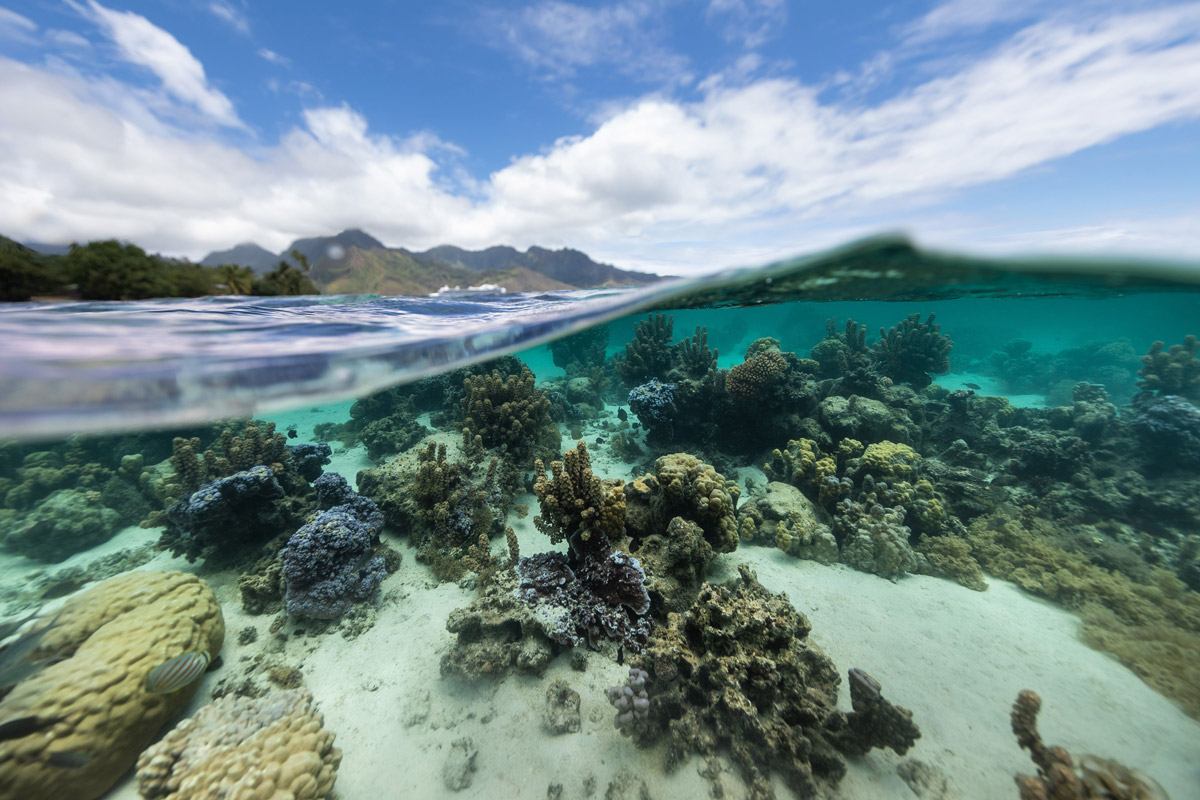 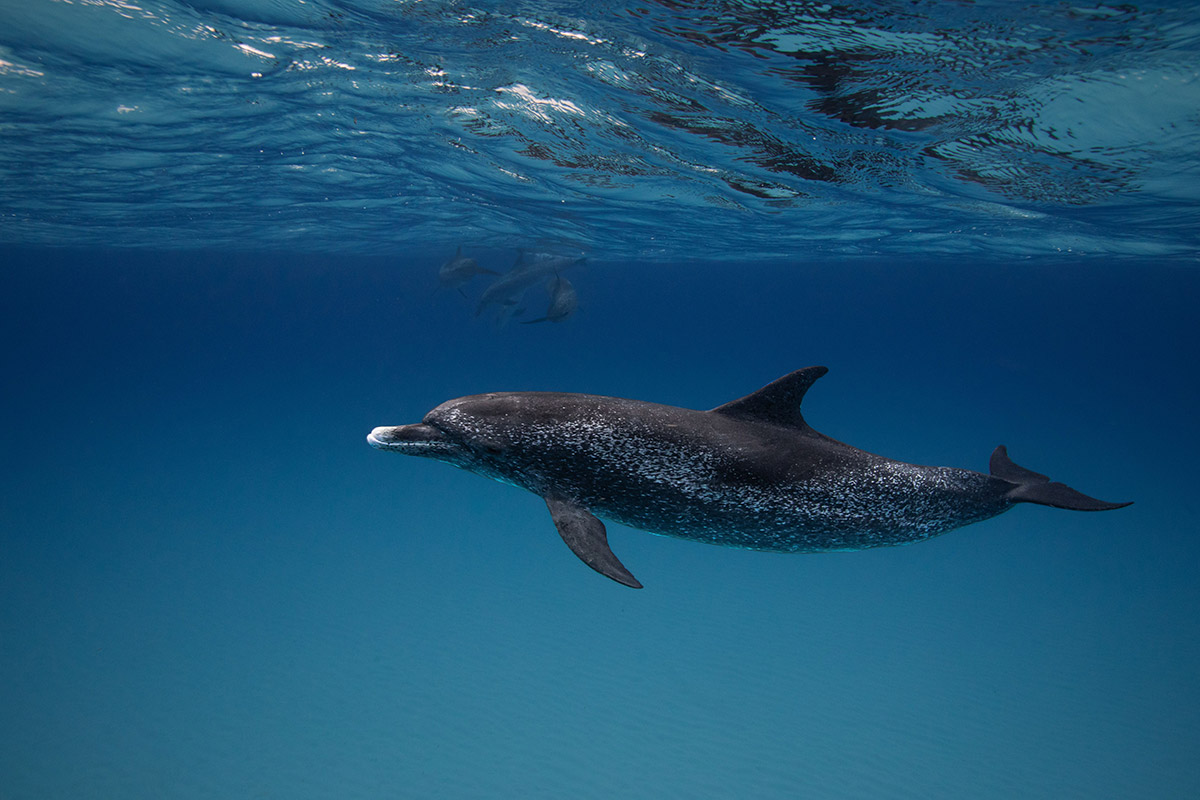