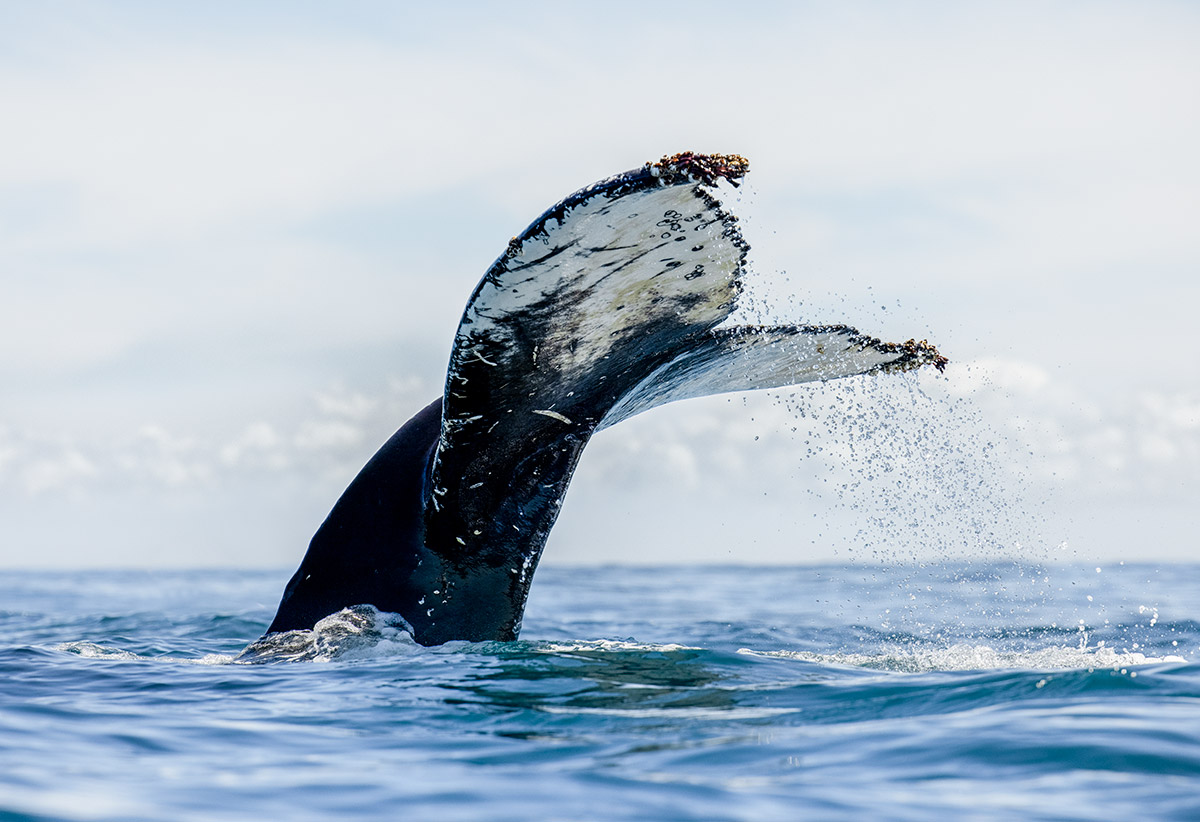 Over the past number of years humpback whales have been found to gather in what is known as a “Super Pod” in an area off the Western Cape coastline in South Africa. This Super Pod can sometimes number into the hundreds as the whales use this as a short feeding stop before proceeding on their annual migration route to Antarctica. Towards the end of 2020 we were on standby for weeks in the hope of being able to photograph this incredible coming together of great whales. News of the Super Pod finally reached us and after a six hour boat journey we found ourselves bobbing around  in the open ocean in our 26 foot boat. It was impossible not to feel small whilst surround by these huge but gentle giants.  Almost close enough to touch, humpback whales bigger than buses moved in a graceful ballet just below and all around our boat.  The reflection of sky on the deep, dark blue of the water stretched out in every direction, including below, making the ocean seem bottomless as well as endless. The water was serene and adding to the atmosphere were the vast array of sounds coming from the whales themselves … deep inhalations and exhalations, low rumblings and some severe cases of flatulence!

Whales are the largest amongst those incredible animals who are proficient in both worlds, breathing in one but primarily living in another. Known for their incredible showmanship on the surface, humpback whales are physically distinctive with long pectoral fins and knobbly heads. Hunted by the millions in the past, these mysterious giants have made an amazing comeback. While only hundreds of whales survived the brush with extinction, scientists now estimate tens of thousands of whales thrive off the coast of East Africa. Nature has a stunning ability to recover from human assault when given a chance.

Soft shades of blue contrast with the dark form of the whale and befit the sense of peace and tranquillity that washes over me. With a beautiful last show of its huge fluke, ocean droplets flowing off its wavy trailing edges, a massive humpback whale prepares for a dive that will take it from the element of Air, to the element of deep Ocean. From the pastel shades of the ocean’s surface, the great whale sinks through many shades of ever darkening blue, and finally into black in search of food.

Like the footfall of an elephant, so the slipping of a thirty-five ton whale beneath the surface is notable for its lack of sound, the loudest noise, my camera’s shutter mechanically closing in fast bursts … all else was silence.